You are here: Home / Uncategorized / The Garden Continues 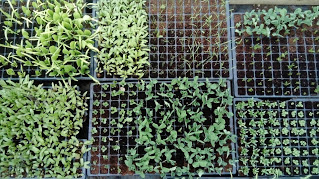 In mid-March we watched in shock as the world began grinding to a halt in the marketplaces and structures of society. It didn’t take us long to see that while so much was slowing down or shutting down around us, the garden and our work in it continued. The garden was immune to the effects of a global pandemic. In fact, as others reported cessation of work or business activity, our productive season was picking up pace.

Never before were we so thankful for our decision to begin this garden. It gave us a work focus to continue throughout a time of strangeness and uncertainty. Those who had committed to receiving our weekly veg box were more delighted than ever to have fresh, locally grown produce delivered to their door without them having to set foot inside a supermarket with all the risks and rigamarole that involved.

Globally we could see a wave of acknowledgement and appreciation for access to locally produced food. We felt privileged to be a part of the story of redeeming our world’s engagement with the earth and all it grows.

We also felt the stretch of the hungry gap as we kicked off mid-April, a time when most other growers are either importing or holding off until June to begin supply. With our desire to maintain local and seasonal produce, we supplemented what we were growing ourselves with mushrooms from Portarlington and potatoes, parsnips and leeks from another organic grower in Kilcullen. 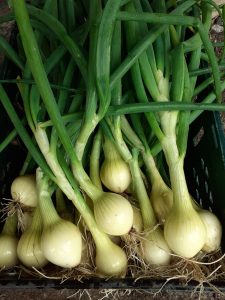 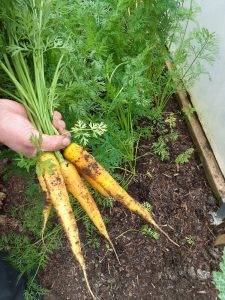 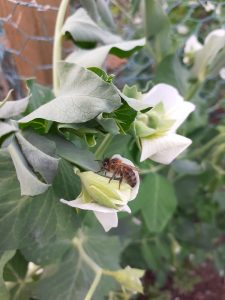 Beginning so early in the season, when crop yields are still meagre, was a steep learning curve for us. Alongside getting our heads around growing for over twenty households, we were also undertaking some ambitious infrastructural tasks to improve our garden space. The lockdown meant we couldn’t get the same work party together that we had envisioned to assist with erecting a new polytunnel, but we managed to get it up and covered with some help from Claire’s Dad.  We also expanded our packing area to create space for the increased number of boxes we would be preparing this season.

As the drought of April and May began taking its toll on our crops, we noticed our salads were succumbing to a root aphid outbreak. Seeing our beautiful salad leaves failing was a real hit on morale and on our weekly garden output. In mid-May we took another unexpected hit as Jeremy fell from the roof of our house and received a deep wound that required surgery on his upper left arm. Amazingly, although his lacerated triceps would require six weeks of careful healing, there was no other lasting damage. The accident sent shockwaves through us. The aftermath was a time to take stock and think about how to develop healthier, more sustainable rhythms of work and rest.

Although the global pandemic had not ground us to a halt, the roof fall made us remember we are not at all unstoppable. As Jeremy arrived home from hospital still groggy from anaesthetic and shock, we had to pause and draw breath and decide where to go from here. Once again, we realised that the garden continues, even if we would wish it to pause with us a moment.

There were weeds rapidly raising their heads in the beds and paths. There were trays full of pea seedlings becoming entangled with eachother’s eager tendrils. There were courgette and squash plants bursting out of their pots. 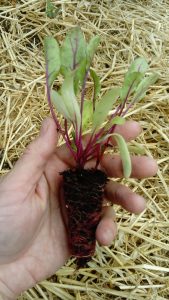 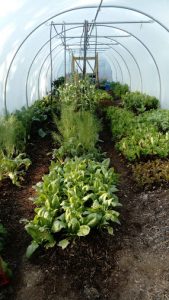 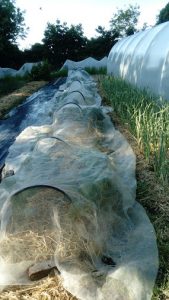 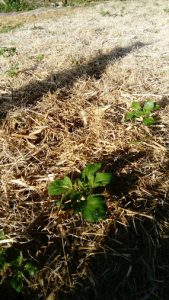 There were twenty two box customers still expecting their weekly delivery of produce. The garden continued. We pressed on with our one-armed head gardener and a whole lot of community and family love and support. Friends arrived to pitch in with a few hours of weeding and neighbours delivered meals: we were now recipients of the grace we wanted this garden to be all about. This grace is about knowing that we are not at the centre. This allows us to stop, even when the weeds continue to grow and customers await vegetables. In June we took the radical decision to reduce and then, for one week, completely pause our veg box output. This allowed us to refocus, to await more growth and create space for people to visit and connect with the garden (more on that in the next blog!).

The garden continues, and we continue but only in a rhythm of grace; for ourselves as well as others.